Battleships of WWII at Pearl Harbor

Touring the Battleships of World War II is an exciting way to experience American history and explore one of Oahu’s most famous attractions!

This tour is also available from:

Get The Best Prices By Booking Online Now

Our Professional tour guide will recount the events of WWII in the Pacific, from the surprise attack on Pearl Harbor by Japan, on December 7th 1941 to the surrender of the Japanese on the deck of the Battleship U.S.S. Missouri. This full tour features all of the historic museums and memorials of Pearl Harbor and visits the U.S.S. Arizona Memorial, U.S.S. Missouri and U.S.S. Bowfin Submarine

Our local guides will take you back in history, as they recount the events leading up to the United States’ entry into WWII, giving amazing insight as you travel back in time to the “Day that Will Live in Infamy.”

Before returning to your hotel, a driving tour of downtown Honolulu’s historic sites including, the Royal Iolani Palace, the civic center and world famous King Kamehameha Statue.

Our fleet of luxury and well-equipped vehicles provide room to stretch out with plenty of legroom and huge windows that let you see all the sights. Our anti-glare windows make for perfect photographs!

This tour begins when we pick you up at your hotel or cruise ship departure point. While traveling to Pearl Harbor our expert guides will take you back in time with a historical recounting of the events leading up to the attack on Pearl Harbor.

Upon arrival at the Valor in the Pacific National Monument you’ll have a chance to explore the museum filled with historical artifacts and documents that further set the stage of the attack on Pearl Harbor. You’ll also see a historic film featuring archive footage of the actual attack! Then, you’ll board an official United States Navy vessel for a ride across the bay to the site of the Arizona Memorial–suspended above the sunken battleship where 1,177 sailors gave the ultimate sacrifice for their country. You’ll see Pearl Harbor from the same vantage as the sailors did that fateful morning and bear witness to the names of the fallen. Insightful and Unforgettable, this tour is a must for any trip to the islands

NOTE: The memorials are places of honor, inspiration, reflection, and quiet contemplation commemorating those who died during the attack of December 7, 1941. Visitors are asked to assist in maintaining an atmosphere of decorum and respect.

Board the shuttle to Ford Island, and explore the world’s most famous battleship–the “Mighty Mo.” Walk the deck of this famous battleship and stand beneath the main turrets–huge cannons capable of firing a shell over 20 miles. Then “go below” and explore where crews lived and worked. You’ll marvel at the dent caused by a crashing Kamikaze plane and even see the exact spot where WWII in the Pacific Ended. This amazing tour of the USS Missouri includes an expert historical tour guide narration

Enjoy a tour of historic Honolulu, featuring buildings from the last Hawaiian Monarchy. Connect with Hawai‘i’s rich royal past. Stop and observe the city’s most historical sites including the ‘Iolani Royal Palace (the only place in the U.S. where a non-U.S. flag is allowed to fly by itself). The Aliiolani Hale, where the original “Hawai‘i 5-0” was filmed in the 1970’s. The Missionary Houses Museum, which have been restored to give you a glimpse of the architecture from the mid-1800’s. And the world famous statue of King Kamehameha the Great among many other historical sites and buildings. 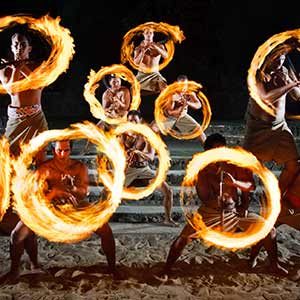 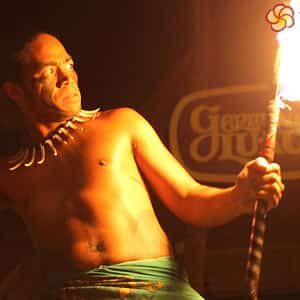 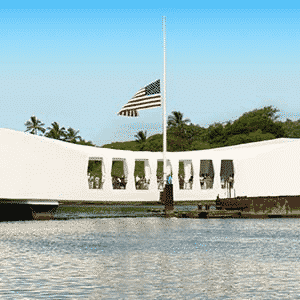